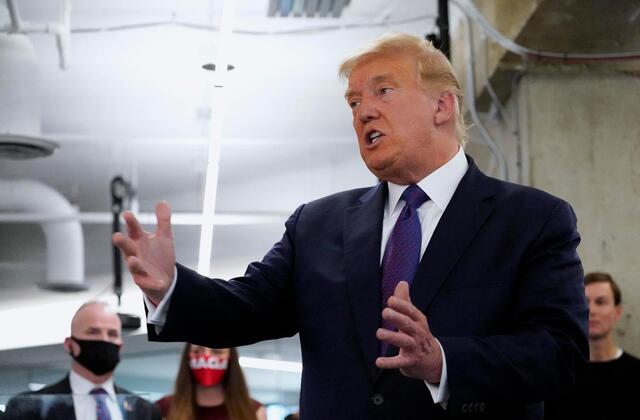 Donald Trump Was Involved In A Criminal Conspiracy

Former President Donald Trump and his aides may have committed felonies in their attempt to reverse the 2020 election, according to the House committee investigating the January 6 Capitol incident.

The House select committee said in a court filing on Wednesday that Trump and some of his associates engaged in a “criminal conspiracy” to prevent Congress from certifying Joe Biden’s presidential victory.

‘The Select Committee also has a good-faith basis for determining that the President and members of his Campaign participated in a criminal conspiracy to defraud the United States,’ according to the committee’s complaint in US District Court for the Central District of California.

Written by House general counsel Douglas Letter, the filing states the committee’s evidence ‘provides, at minimum, a good-faith basis for concluding that President Trump has violated’ the obstruction count.

The 221-page filing accuses Trump and his allies of possibly violating multiple federal laws as they pressured state officials to overturn the election results.

A ‘review of the materials may reveal that the president and members of his campaign engaged in common law fraud in connection with their efforts to overturn the 2020 election results,’ the filing states.

The filing was the committee’s response to a lawsuit filed by Trump adviser John Eastman, an attorney and law professor who provided consultation to the 45th president as he pushed to overturn the election.

Regarding Eastman trying to withhold documents from the panel, his attorney Charles Burnham stated that his client has a responsibility ‘to protect client confidences, even at great personal risk and expense’.

‘The Select Committee has responded to Dr Eastman’s efforts to discharge this responsibility by accusing him of criminal activity,’ Burnham stated on Wednesday.

Neither Trump nor his team have commented publicly on the committee’s new finding.

It is unclear what teeth the filing could have, as lawmakers do not have the authority to bring criminal charges and can only refer their findings to the Department of Justice. The Justice Department has been probing the insurrection that resulted in five deaths, but has not said whether it is considering bringing charges against Trump.