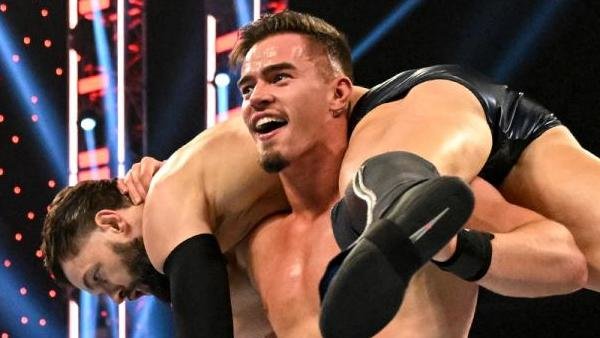 Finn Bálor’s United States Championship win has clearly put a giant target on his back.

The up-and-coming Austin Theory wanted another opportunity to go on the attack against The Prince, but Bálor was up for the challenge.

Just as the champion scaled to the top rope to set up the Coup de Grace, Damian Priest emerged to unleash a brutal assault on the Superstar that now holds his coveted title. Theory then sprung into action for a selfie-worthy moment of his own to add insult to injury.